STOCKTON, Calif. – The Pacific baseball program has officially announced that former Tiger Lucas Sweany has signed a professional contract with the Minnesota Twins.

Despite a shortened season in 2020, Sweany becomes the 95th student-athlete in program history to reach the professional ranks. Additionally, it also marks the eighth consecutive year that a Tiger has turned pro following their career in Stockton, dating back to Tyger Pederson in 2013.

“Playing professional baseball has always been a dream of mine and today, that lifelong dream came true,” said Sweany. “Thank you to the Minnesota Twins for making all of this possible… I am so thankful for everyone that has helped me achieve this dream. Thank you to Pacific for being my home the last three years… thank you to all of the coaching staff for developing me into the player that I am today… I truly couldn’t have done it without all of you.” 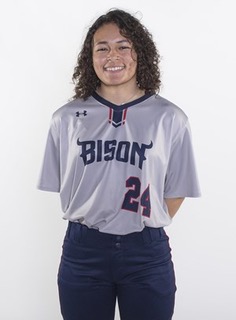 Moving across the country was the first of many changes in Maxie Harrington’s collegiate career. Recruited to a NCAA Division 1 school, Howard University, the 2018 VCHS graduate left the familiar to meet a promising athletic and academic career. An unforeseen injury caused her anticipated experience to be redirected to one of joy despite disappointment. Harrington has found hope through the trial of a career-impacting setback. Though her physical skills are on temporary hold, her mindset has grown and deepened throughout her journey.

Harrington was a true athlete in her time at VCHS as not only a softball player, but a member of the volleyball and track team as well. Leaving her successful 4-year varsity softball season with the Lady Falcons, Harrington trained for months in the offseason to finally take the field as a Bison shortstop and an occasional infield fill-in when needed. Unfortunately, Harrington tore her ACL and meniscus during an away game in one of the final weeks of her first season. Soon after the injury she underwent surgery and has since been in physical therapy.  Most athletes can relate to the emotional pain that accompanies the physical pain of an injury. Harrington refuses to succumb to the mental struggle.

“This injury has been one of the most impactful things that’s ever happened to me,” Harrington shares, “and I am only allowing myself to look at it as a blessing.”

Harrington admits to learning numerous lessons since leaving VCHS, but the one most significant is, “…you get out what you put in. Meaning, however much effort you put into something directly correlates to how much you will get out of it.” Harrington’s optimistic attitude intertwined with her competitive spirit proves evident that this mantra infiltrates every aspect of her life, starting with her outlook on the sport she loves. Humbled by her new role due to her injury, the sophomore expresses a new perspective, still resounding with hope. “I have been able to look at the game of softball from a different point of view and am now the most knowledgeable I’ve ever been about the game! But still learning, of course.”

Instead of playing the field, Harrington has become an extra help to the coaching staff. This has been a step forward rather than a stepback for the shortstop. In fact, Harrington is thankful for the advantages that have come with a new change of pace. “I am so thankful to have had that opportunity because it will help me immensely as I am making my transition back onto the field. This experience was definitely a highlight, because it is one of the things that has helped me grow the most! This injury has taught me resilience, patience, and has helped me to appreciate each moment of every day even more.” She urges athletes to welcome every day on the field as a gift to never be taken for granted, even when times are tough.

“…you get out what you put in. Meaning, however much effort you put into something directly correlates to how much you will get out of it.”

Off the field, Harrington relishes in her new home at Howard. Holding a deep admiration for the history of the college, specifically the influential black leaders that have come from her school, Harrington chose Howard in hopes to be a part of their inspiring legacy. One of Harrington’s favorite classes thus far is titled Black Women in America. “Throughout the course of this class, we studied the impact of black women on society, especially during the civil rights movement. Oftentimes, women were the ones taking the lead during this time, but do not get the credit for it. Not only this, but we also studied all of the turmoil black women were put through and they persevered through all of their obstacles.” Outside the classroom, Harrington has met “so many amazing people”. She professes that putting herself out of her comfort zone and interacting with people who she might not have otherwise is one of her highlights of college. “There is something to learn from everyone we meet and there are so many incredible people we walk by every single day!” Exemplifying her greatest lesson in the social world – you get what you put in.

“There is something to learn from everyone we meet and there are so many incredible people we walk by every single day!”

Currently, Harrington is home with her family since her season was cancelled due to COVID-19. She and her teammates learned their season was over in between a doubleheader. Heartbreaking and abrupt, the cancellation brought an unforeseen transition that had Harrington on a plane back home the next afternoon. “Even though athletes all over the country had their seasons cut short and we are currently surrounded by tragedy and uncertainty, I feel that this great loss will also bring about great change. Or at least it has the potential to.” She shares this shift in society has caused us as a nation to focus on what is important. Harrington anticipates a positive refinement of how we operate as a whole. She expresses optimism for her journey to come, and encourages others to endure the lows in athletics for the even greater highs on the horizon – it is one of the most rewarding things one could do.

From Maxie Harrington to her Vacaville Christian Community: “Don’t give up on your dreams just because you’re not where you want to be yet! Focus on your own path and don’t worry about what people are doing to the left or right of you. If you continue to work hard, remain honest, and treat people with respect, the good that you have put out into the world will come back to you at some point. God has a plan.” 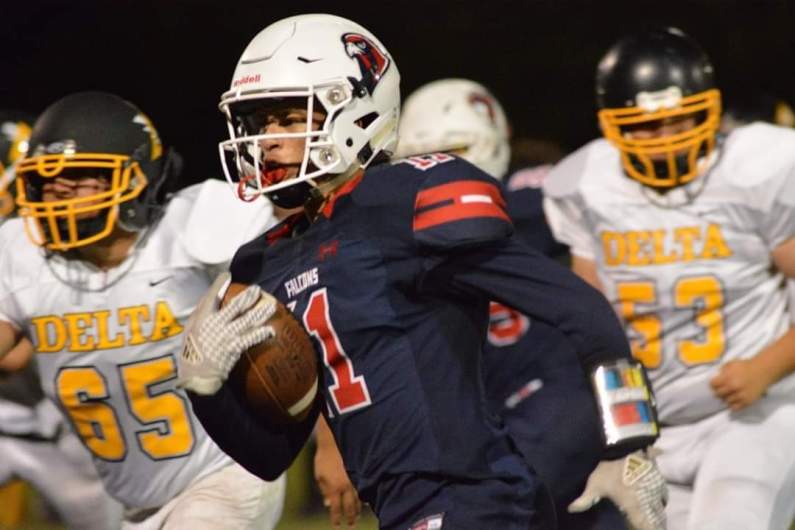 Kendall Allen could have let the coronavirus pandemic get him down.

The Vacaville Christian High School student-athlete, who will be a junior in the fall, was all set to compete in track and field for his school when COVID-19 shut down the schools and his season.

He received an invitation from 365 Sports on behalf of FIBA (Fédération Internationale de Basketball) to represent the United States as a member of Team California in a special international tournament this summer. Then the tournament was canceled because of the pandemic.

He would have been playing AAU basketball for his travel team this summer, journeying to Los Angeles, Arizona, Portland, Texas and Las Vegas. But the virus closed down that opportunity as well.

But the three-sport athlete, who also excels in football, refused to shut down his own personal goals in the midst of the virus. He practices three times a day, 90 minutes each session, in basketball, football and weight training. And he maintained his excellence in the classroom as well…